This week on The Graham Norton show saw a well-dressed crew on the red couch. British Oscar nominee Felicity Jones and Hollywood actor Armie Hammer came to promote their new biopic On the Basis of Sex about Justice Ruth Bader Ginsberg.

Let’s take a look at what the guests were wearing.

Norton himself dazzled in a fantastic deep red/burgundy thee-piece suit. The suit fit him perfectly. The sleeves had a four-button detail and the collar had a double-stitching effect with slightly pointed labels (very interesting tailoring work and styling going on here).

The unique stitching was carried on to the top of the waistcoat and the stitching and slight pleating details on the jacket allow the look to be slim fitting. (Although the sleeve length is a little generous.) The jacket is long-fitting and the trousers are a baggier English cut.

He chose black shiny leather shoes to complete the look and opted for an inky-blue button-up shirt and a tie that matches his suit exactly. These relatively dark fabric colours look bold even in their jewel tones.

What do you think of this look? Is it one of the most daring we have seen on Norton lately (who is known for his snazzy suits on the show)? Let us know what you think in the comments.

On the show, Merchant discusses how he has known Dwayne ‘The Rock’ Johnson and their film together and a story about how they discovered their upcoming film about a family of professional wrestlers in the UK who want to join WWE and get the attention of The Rock in real life. It’s the story of how he helps the family—or the daughter—reach their dreams.

Merchant is most known for his collaborations with Ricky Gervais and Karl Pilkinton such as co-writing and co-directing The Office. He also co-wrote and co-starred in Extras and was co-host of The Ricky Gervais Show.

Merchant is most known for his collaborations with Ricky Gervais and Karl Pilkinton such as co-writing and co-directing The Office. He also co-wrote and co-starred in Extras and was co-host of The Ricky Gervais Show.

He has also been seen more recently in Hot Fuzz, Run Fatboy Run, The Invention of Lying, The Tooth Fairy, and—more seriously—The Girl in the Spider’s Web with Claire Foy. In the clip that follows, Merchant discusses what it was like to cower in the corner whilst a ‘pint-sized’ Claire Foy ‘rescued’ him.

At one point, he and Armie Hammer compare height, Armie usually not finding anyone taller than him.

On the show, Merchant opts for a classic black suit, but chooses a lilac button-up shirt. The suits pointed lapels add an interesting detail. He wears his signature glasses, but dons a beard in this look. His outfit looks very smart indeed.

Do you prefer this more classic, black suit look? With added little details, you can never go wrong with a black suit. It can be dressed up or down! Let us know in the comments.

The handsome and very tall Armie Hammer appeared on the show looking very dapper. He wears an unusual, well-fitting tailored double-breasted suit in grey-blue and brown wool checkered fabric. The lapels are pointed and the buttons in the double breasting have an interesting cross over look

Unusually, he opts for a soft polo shirt underneath in black buttoned up all the way. He accessorises with a black watch and closely cropped hair and a beard.

Hammer is known for his role as part of the Winklevoss twins in The Social Network film. He is also known for roles in The Lone Ranger, Stan Lee’s Mighty 7, The Man from U.N.C.L.E., Call Me by Your Name, and others.

On the show he tells a story of the time he unintentionally made his wife cry on their first married Christmas together.

Rob Beckett is a stand-up comedian and TV presenter who was known as the host of I’m a Celebrity…Get Me Out of Here! NOW! He is also known as the team captain on 8 out of 10 Cats.

He discussed his new show All Together Now, which is a ‘singing contest with a twist.’ He also had a story to tell about his wife.

On the show he wore a very stylish dark grey suit with white check pattern. He chose a classic white button-up shirt and a grey silk tie. He wore brown leather shoes with black socks and his hair is slicked back and parted to one side. His jacket has notched lapels.

Overall, the look is very sharp. Let us know what you think.

He wore a mid-grey tartan suit, single-breasted, with notched lapels. He polished the look with a 1970s inspired white turtleneck.

What do you think of this deviation from the DJ’s usual look?

Lots of sharp looks to choose from!

So many of these looks took a classic suit and changed things up a little. With classic fabrics or unusual cuts or details, you can customise any look to suit your personality and style. Each of these men wore suave looks that showcased their personalities. Which was your favourite?

If you have an upcoming event or just want to jazz it up for the office, contact our tailoring team today to help design an impeccable look, just for you. A custom suit can make you feel as stylish as a Hollywood actor.

We publish blogs each week to keep you up-to-date on suit trends, styles, fabrics, cuts, drapery, details, and colours. Here are some of our recent posts you may like. 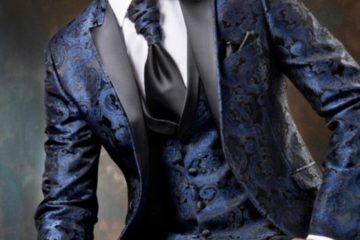 Wedding suits are hard to find? if your after something different, we have over 5,000 cloths in our design studios. We advise 12 weeks plus for weddings. We do also offer a couple of speeder Read more… 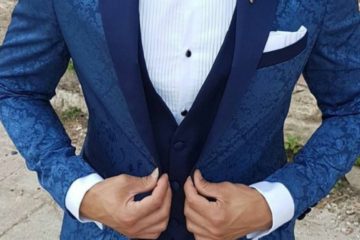 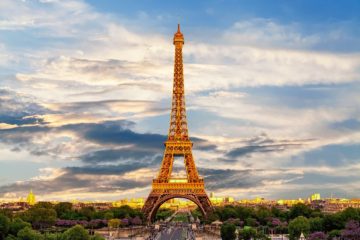