For Series 26 Episode 15 of the show, Graham welcomed Robert Downey Jr and Oscar-winner Emma Thompson who star in the new fantasy adventure film, Dolittle. From The Personal History of David Copperfield, he welcomed actor Hugh Laurie and Monty Python’s Terry Gilliam, who is directing The Man Who Killed Don Quixote. The musical guest was Sara Bareilles. Let’s take a look at the outfits of the night.

Graham played it safe with this single-breasted two-piece suit in a grey subtle check pattern, a button-up blue shirt, and a burgundy tie. Burgundy seems to be his colour this season (see the link to the 17 January show)!

American actor Robert Downey Jr is known mostly for his role as Iron Man in the Marvel Universe but he was successful as an actor in his youth for roles such as Weird Science and Less Than Zero. For his role in Chaplin, he was nominated for an academy award for best actor and won the BAFTA for the role. Before Iron Man in 2008,  he had a career revival with The Singing Detective, Kiss Kiss Bang Bang, and Zodiac.

Robert wore a single-breasted shiny black suit with contrasting slightly pointed lapels with a black t-shirt underneath, accessorized with a necklace and black leather shoes and socks.

Dame Emma Thompson, DBE, is a multiple award-winning British actress, activist, screenwriter, author, and comedian. She is known for many roles including in Harry Potter, Sense and Sensibility, Love Actually, The Remains of the Day and others.

Emma joked that she went to the department store to ask to look like a parrot. She wore a shiny two-piece single-breasted suit with notched lapels in electric blue with a feathery scarf. She wore big, silver platform heels and had her hair in a closely styled 1920s wave pattern with hair clips as accessories.

In this clip, she discusses when she got mistaken for an old man in her own field.

English actor, author, director, singer, musician, and comedian Hugh Laurie is best known by American audience for playing Dr House on the Fox television show for which he won two Golden Globes. He is also known for his roles in A Bit of Fry & Laurie, Jeeves and Wooster, Blackadder, Sense and Sensibility, 101 Dalmatians, The Borrowers, and Stuart Little.

Hugh wore a classic two-piece single-breasted black suit with a white shirt underneath and a copper-brown coloured tie.

In this clip, he talks about the time he worked with a lion.

On the show, Terry wore black trousers and a black t-shirt with a patterned kaftan over the top. He accessorised with black and white striped socks and trainers.

Do you want the perfect tailored look for your next event or the office?

Whether you need a new suit for an event or just for the new decade, we have the perfect custom look for you. Contact our tailoring team to design your perfect look. We help you decide on the perfect cut, colour, fabric, design, lining, pocket placement, cuffs, custom shirting, custom coating, and more, so you can have the best suit of your life.

Want more Graham Norton Show looks? We publish blogs each week about the show and other fashion hot topics, from wedding suiting to celebrity award shows and more. Check out some of our past Graham Norton content below. 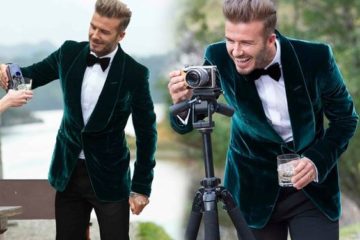 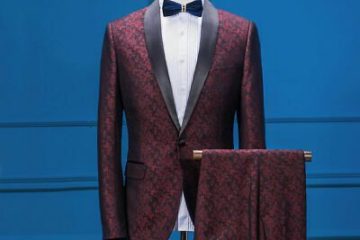