For the second show of Series 26, Graham welcomed Oscar winner and former Bridget Jones Diary star Renee Zellweger, who is starring as Judy Garland in Judy. Also joining on the red sofa are the comedian and actor Lenny Henry, documentary maker Louis Theroux, and pop star great Andrew Ridgeley. The musical guest was Elbow. Let’s have a gander at the outfits of the night.

On the show, Graham wore a fairly conservative suit compared with his usual looks. He wore a grey checkered two-piece suit with notched lapels and a light-grey button-up shirt with a matching geometric tie with grey and burgundy accents.

Renee Zellweger is best known for her Academy Award-winning performance in Cold Mountain for which she won best supporting actress. She won three golden globes and by 2007 was one of the highest-paid actresses in the world. She is also known for her roles in Cinderella Man, Miss Potter, Appaloosa, My One and Only, Case 39, and her recent thriller series on Netflix What/If. Most recently she’s playing Judy Garland in the new biopic, Judy.

In this clip, Renee discusses her time working in publishing to prepare for Bridget Jones.

Renee tells a story of Tom Cruise taking a woman to the hospital who had gotten into a car accident and Tom paying for her hospital bills. Graham, Renee, and Louis discussing how Tom Cruise has a cake list and it brings joy to people.

Stand-up comedian Lenny Henry who is known for co-founding Comic Relief and appearing on many comedic television shows. He came on the show to discuss his new book, Who Am I Again?

Lenny wore a tuxedo-like suit in black velvet with silk lapels with a white button-down shirt and a black tie.

In this clip, Lenny discusses when he landed his first big gig through an audition where he did impressions.

Louis wore a dark aubergine single-breasted suit with notched lapels and a dark button-up underneath.

In this clip, he discusses how he made people in his documentary more comfortable.

In this clip, Graham asks Louis a question and the clip turns into a montage of voice-overs, with the next guest, Andrew Ridgeley, appearing at the end.

English singer and songwriter Andrew Ridgeley is known for his part in the 80s band Wham!

Andrew wore a smart, three-piece grey suit with a blue check with a crisp white button-up shirt and plum and fuschia floral tie.

Inspired by the suits on the show?

Get in touch with our tailoring team today to create your perfect, custom-made, handmade tailored look for the office or your next event.

Want more Graham Norton Show posts? We don’t disappoint. We publish blogs each week on the show and other fashion topics. Check out some of our past posts below.

It’s the show that is still the hot topic on every Netflix watcher’s lips. During these difficult times, the show provides a form of escapism, taking us down the Parisian streets and captivating us with Read more… 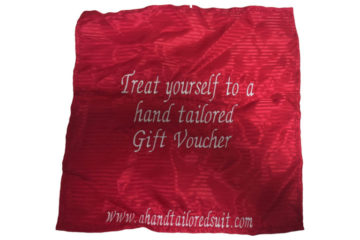 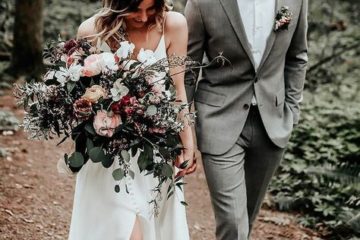 A Hand Tailored Suit, Tailors takes a look a wedding colours for 2021. When looking for ideas for wedding colours its never easy. This is why I’ve tried to help a little. Being a bespoke Read more…