Graham opted for a grey suit with a large yet subtle check pattern and one of his signature monochromatic shirt and tie combinations. This time, Graham opted for a wine red tie and button-up. He looked dapper as always.

Daniel Radcliffe got his start in the Harry Potter films but he is also known for his many stage roles, such as Equus and How to Succeed in Business Without Really Trying, as well as other films such as The Woman in Black, Kill Your Darlings, Victor Frankenstein, Swiss Army Man, Now You See Me 2, and Imperium.

Daniel went with a navy-grey notched lapel single-breasted pantsuit with a simple black t-shirt underneath.

In this clip, Miriam and Daniel reflect on 20 years since filming the first Harry Potter film.

British-Australia actress, Miriam Margolyes, grew up in a Jewish family and won a BAFTA award for her role in the 1993 film adaptation of The Age of Innocence. She is also known for her role as Professor Sprout in the Harry Potter film series and in her television roles in Miss Fisher’s Murder Mysteries, Blackadder’s Christmas Carol, and Black Adder II.

For the Graham Norton Show, Miriam wore a silver dress with a contrasting black jacket and large mother-of-pearl silver buttons to complement the look.

Miriam talks about the house she rents to tourists in Dover and the £13 million cocaine drug bust where they found that drug distributors had been renting her house for their illicit activities.

On the show, Sharon wore black tailored trousers with see-through panels and a black sheer button-up blouse with sequins and sparkle detailing down one side. She wore black pointed-toe stilettoes.

Do you want the perfect tailored look for your next event or business meeting?

Whether you simply need a new suit for the office, an upcoming sales or business development pitch, or have an upcoming soiree or summer wedding to attend, we have the perfect custom look for you. Contact our skilled tailoring team to design your perfect look. We offer custom-made, high-quality suits in a range of styles, fabrics, linings, and customisable options. You have never had a suit like this one!

Want more Graham Norton Show looks? We publish blogs every week about the show and other fashion topics. Explore some of our past content below. 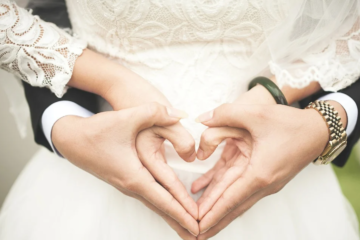 Here’s what you need to know about upcoming weddings

Have your nuptials been interrupted because of Covid-19? Do you still plan on getting married in 2020? What are the current restrictions and guidelines in place for weddings? Can large weddings take place or do Read more… 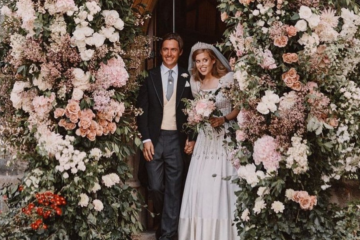 Just like many around the world, even Princess Beatrice and Edoardo Mapelli Mozzi’s wedding was affected by Covid-19. Instead of their original plan, perhaps to have a much larger wedding on 29 May, they married Read more…