The Championships, Wimbledon is the oldest tennis tournament in the world. Played on outdoor grass courts—despite the lovely English weather—all celebrities and royals love to be seen watching the matches. Let’s take a look at Wimbledon’s best dressed ladies this Wimbledon 2019.

On day seven of the matches, The Duchess of Cambridge’s sister, Pippa Middleton, attended with their brother, James wearing a monochrome Stella McCartney tailored dress in blush pink. She wore a matching hat and brown heeled sandals. She wore detailing at the collar as well as a white watch and a J Crew rattan clutch.

The Duchess of Cambridge

The Duchess is the royal patron for the All England Lawn Tennis and Croquet Club, which is the host of Wimbledon and she has been in attendance the past few years. Six days after sister Pippa’s attendance, Kate was seen at Wimbledon wearing a tailored shirtdress by Suzannah with double-breasted buttons in the bodice and single buttons down the skirt. The collar had notched lapels and looked summery and elegant. She paired the look with an Alexander McQueen belt. She further accessorised with a box bag, black pointed toe heels, and some trusty Ray-Bans.

The Duchess of Sussex

On day four the match, Kate’s sister-in-law, Megan, The Duchess of Sussex attended in support of her close friend Serena Williams. She wore a casual look of a white pinstriped blazer with notched and slightly pointed lapels with a black t-shirt, Outland jeans, a fedora, and some sunglasses. She wore a delicate ‘A’ necklace to symbolise her son, Archie, just days ahead of his christening.

American actress, singer, and songwriter, Tessa Thompson who is known for her roles in For Colored Girls, Creed, Creed II, as Valkyrie in Avengers: Endgame, and as Jodie Radek in Annihilation, attended in a casual, oversized Ralph Lauren cream suit with single-breasting. She wore a bold striped button-up shirt with a notched lapel collar. The suit trousers were high-waisted with a belt. She looked chic and comfortable.

Another suit from Ralph Lauren graced Wimbledon on actress and socialite Sienna Miller. She wore a pointed, notched lapelled double-breasted blazer in a taupe colour with contrasting buttons. She opted to go without a shirt and accessorise with a necklace. Her trousers were balloon-style at the top with a tapered leg, hemmed at the ankle to reveal low strappy heels. She wore her hair pulled back and paired the look with sunglasses—it’s a far cry from her boho-chic style of yesteryear.

Hats are in this season as are light colours, browns, and taupes! On day eight, Poldark actress Eleanor Tomlinson wore a boho tailored dress from Ralph Lauren (a popular designer this season). She paired the cream dress with a large brown wide belt, a straw bag, and brown strappy heels. She topped it off with sunglasses and a fedora to match her handbag.

What did you think?

Which of these looks would you wear this season? Could you pull off a fedora, a cream suit, and brown accessories? We can create any custom look you want to make you look a million dollars. Contact our tailoring team today.

Have a look at our other blog posts

We publish blogs every week to keep you up-to-date of all the latest fashions. Check out some of our most recent posts by visiting our blog page. 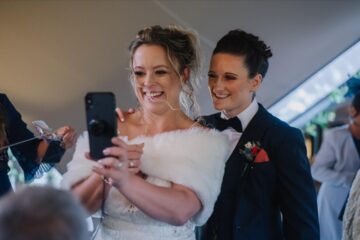 Stratford-upon-Avon, the birthplace of William Shakespeare who is the most famous writer of the English language, Stratford Upon has many popular tourist attractions. Fancy an evening at the theatre; the Royal Shakespeare Theatre has numerous Read more… 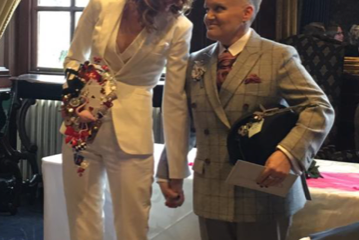 If you’ve got an upcoming engagement or special function coming up and your struggling to find custom made ladieswear in or around Sutton Coldfield, and you’re used to fine tailoring, look no further than A Hand Read more… 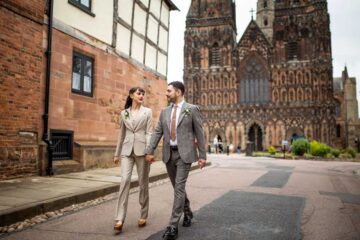 If you’re living in Lichfield, then you’re placed perfectly to take advantage of unbeatable service offered by A Hand Tailored Suit, delivering an exceptional bespoke garments all across the UK and beyond. Whatever your requirements, Read more…