TOP SUITS OF THE WEEK

This week we take a look at some of the young Hollywood actors who have graced our screens over the past year and are sure to do so in the year to come. Featuring Michael B. Jordan in a summer-cool linen suit, our very own Domhnall Gleeson bringing a touch of warmth to proceedings and Douglas Booth draped in blue velvet. 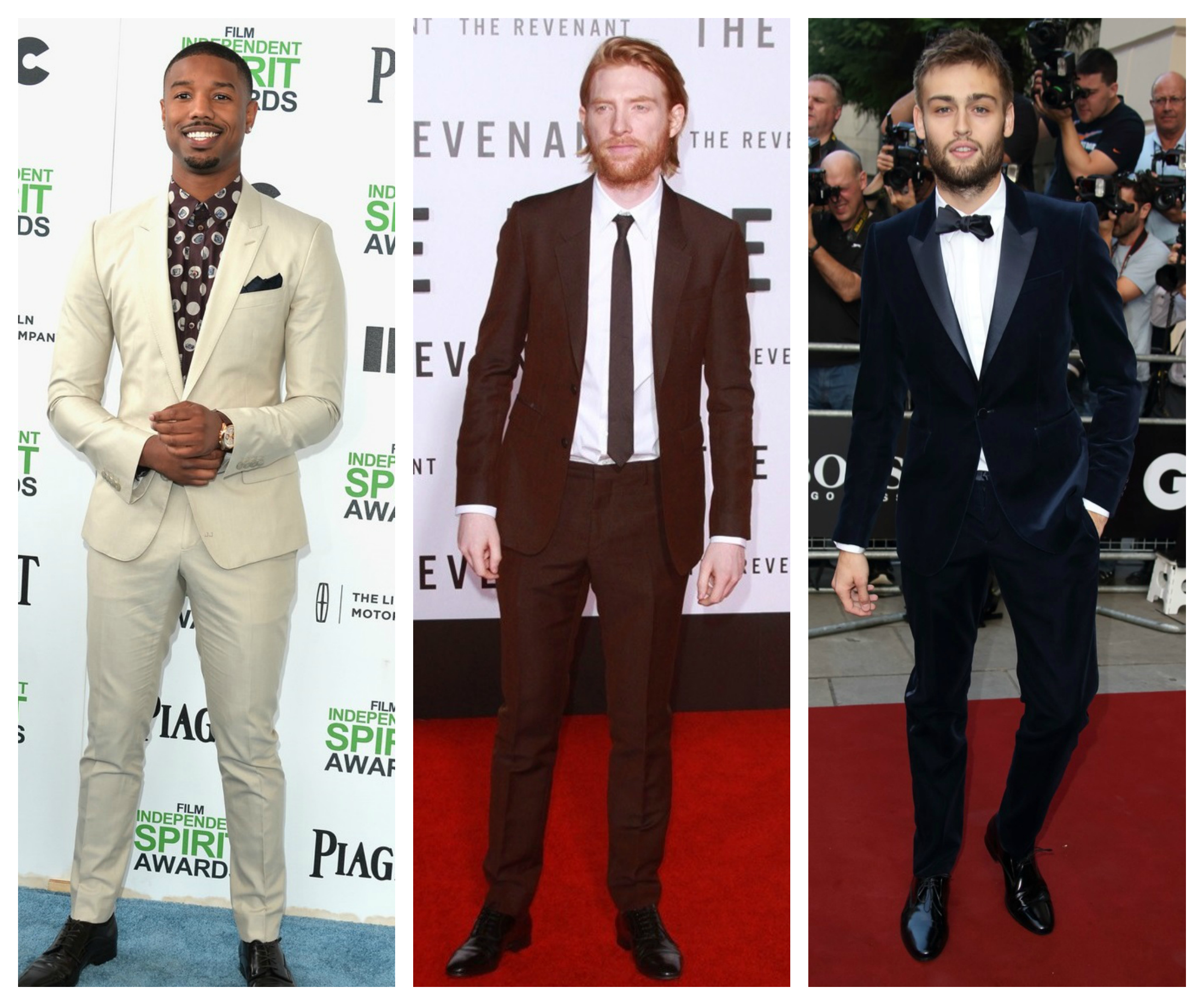 Michael B. Jordan
Cool for the summer, Michael B. Jordan makes great use of colour with his linen suit. Cut from a pale oatmeal colour, Jordan makes clever use of accessories and pattern to alleviate the otherwise drab suit. We see his use of a polka dot patterned shirt and dark pocket square serving as complete contrasts to the oatmeal colour. This slim fitting suit is made to fit him perfectly as we see it hugs his upper body and drapes comfortably around his lower body. The peaked lapels and flap pockets on his bespoke blazer also help to keep the oatmeal colour from staying stale and flat as they add some three dimensional aesthetics to his ensemble. 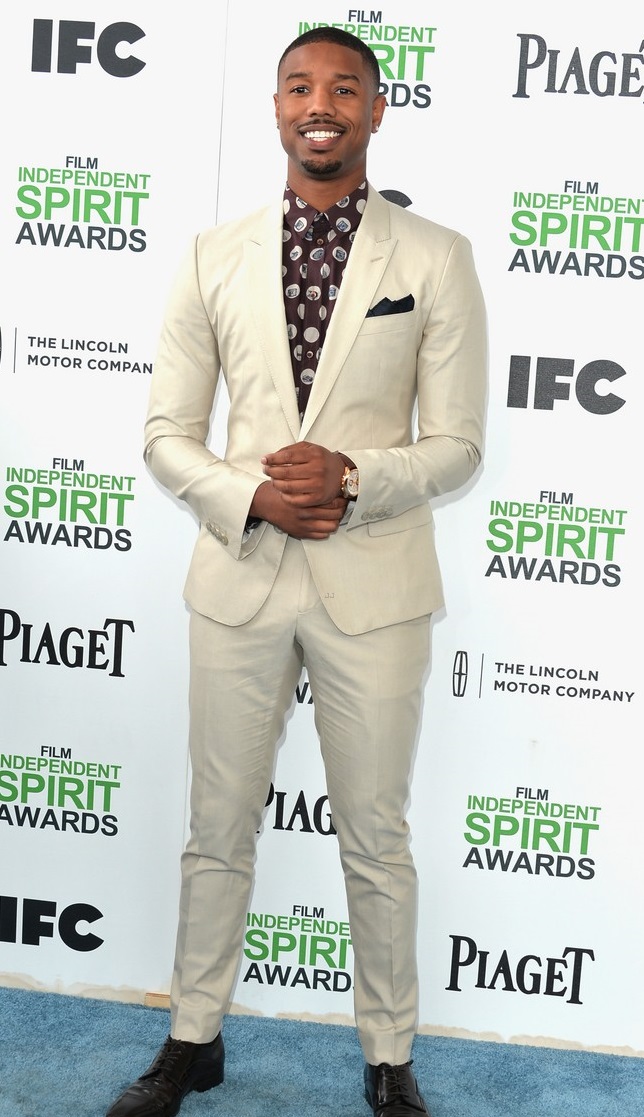 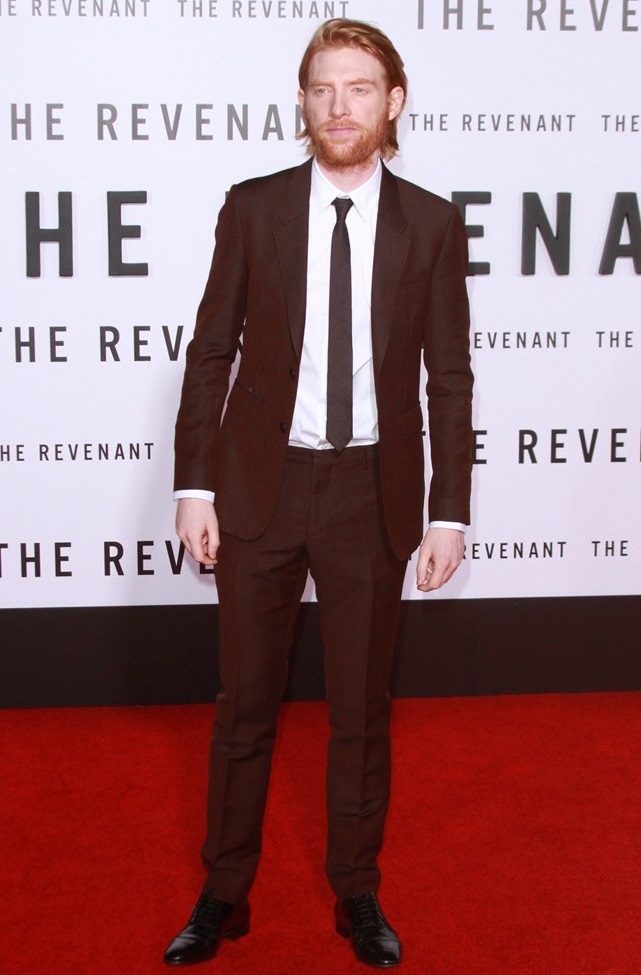 Domhnall Gleeson
Choosing a burnt maroon colour for his two piece suit means that Domhnall Gleeson is a sartorial force to be reckoned with on the red carpet. The cut of his suit here is simply perfect. The made to measure aspects on show would include the fact that there exists enough room for his shirt cuffs to appear under his blazer sleeve cuffs and also the fact that he does not need to wear a belt; his tailored trousers are made to fit his waist exactly so no belt is needed. Gleeson breaks the smouldering suit colouring with a stock white fitted shirt and in doing so balances the daring with the classic. Finished with some shined black dress shoes and a stiff shirt collar, this is a well-balanced and memorable look from the Irish star. 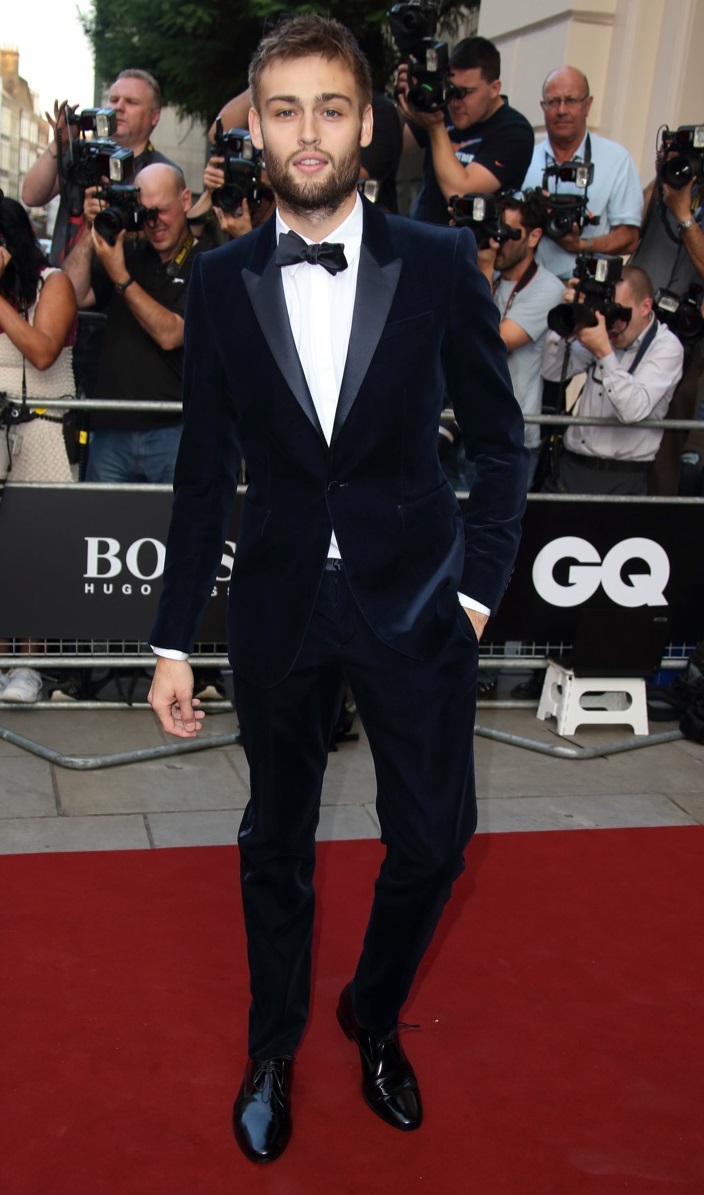 attends the GQ Men of the Year awards at The Royal Opera House on September 3, 2013 in London, England. *** Local Caption *** GQ

Douglas Booth
One cannot help but think of luxury and even royalty when they see the thick pelt and high thread count of velvet fabric. Seen here in a lustrously deep navy, Douglas Booth chooses this fabric for his two piece suiting attire. The heavier fabric lends itself well to his ensemble here as the weight of the garments work with gravity to naturally pull away from any creases or wrinkles. This blemish free frontier is also achieved from the bespoke tailoring applied to Booth’s suit. As it fits him perfectly, there exists no unnecessary excess fabric to bunch and gather unsightly in places. Adding a stamp of tuxedo style with his bowtie and classic white shirt, Booth looks every inch the leading man in his luxurious two piece velvet suit.

A Hand Tailored Suit, the Irish tailoring company offering you a slice of London’s Savile Row for a cut of the cost. Bespoke custom clothing for Men, Women & Children, we offer only the finest of cloths from only the finest of cloth merchants from around the world. Call us in the UK 0121 368 1052/ Our UK studio’s in Belfast and Birmingham, click here to contact us.

If there is any issues please contact us and we’ll make sure the image or link is removed.